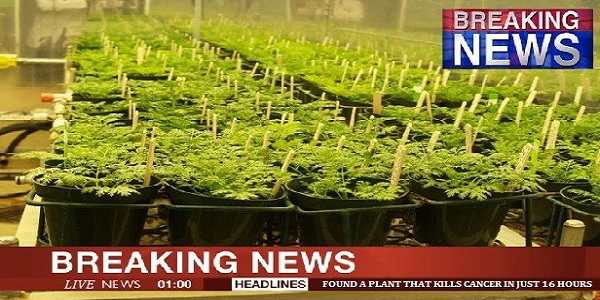 Many studies are being performed about the effects of artemisinin for cancer treatment. This is because it was found to be capable of selectively killing cancer cells while leaving the normal cells untouched or unharmed. Know more about artemisinin and its anti-cancer benefits.

Artemisinin is a substance derived from the leaves of a sweet wormwood plant known as Artemisia annua. It is mostly used as a standard drug to combat malaria caused by the different strains of Plasmodium. It is sometimes modified chemically to be combined with other types of medication. There is however, a reduction in its effectiveness in some endemic regions as some studies have found. Aside from malaria treatment, artemisinin is also considered as an anti-cancer drug. And there are several studies being done evaluating the role of artemisinin for cancer treatment.
There are two semisynthetic derivatives of artemisinin, namely artesunate and artemether. Artesunate is the derivative which is water soluble. Artemether is the one which is lipid soluble, and is used to treat cerebral malaria.

Effects of Artemisinin in Cancer Patients

There are some prostate cancer and breast cancer cases which showed some positive response after treatment with artemisinin. The cancer patients who did not experience positive effects from taking artemisinin are those who are already at the very advanced stages of cancer or those who are already near death. Scientists involved in these studies further said that many cancer patients who have tried artemisinin for cancer treatment have seen their situation improved and stabilized.
Human TestingIts ability to kill cancer cells from within lets artemisinin selectively kill cancer cells while keeping normal cells untouched and unharmed. This gives scientists hope that it could someday be used as a safe drug to battle all kinds of cancer. Human cells have already been used with positive effects, which makes scientists and researchers optimistic about a wider scope of human usage.
References
The Medical News:   Artemisinin Could Selectively Kill Cancer Cells While Leaving Normal Cells Unharmed
Pubmed.gov:  Artemisinin Blocks Prostate Cancer Growth …
Breast Cancer Research: – Artimisinin Disrupts Estrogen Receptor
nejm.org: Malaria – Artrmisinin Resistance
Townsendletter.com: Treatment – Artemisinin From Malaria to Cancer
written by: DulceCorazon • edited by: Diana Cooper • updated: 9/14/2010