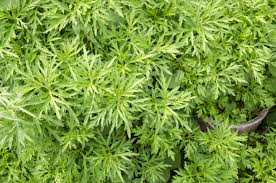 Those who are “at risk” from malaria, cancer or other serious parasite infection should consider at least 100mg to 200mg three times a day.