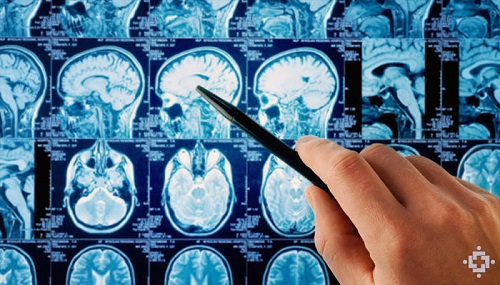 by Drake Dorm
Glioma is the term used to describe a tumor that originated on the brain or spine. Each year, 10,000 Americans are diagnosed with malignant glioma. Of those, about half will die within a year of diagnosis. Only 25 percent are still alive after two years.
Researchers Investigated Glioma & Its Reaction To Cannabinoids
Most often occurring in the brain, malignant gliomas are rarely curable despite years of research on the subject. Traditional therapies like radiotherapy and chemotherapy have had limited success, and glioma’s ability to spread to normal tissue makes surgery difficult.
“Each year, 10,000 Americans are diagnosed with malignant glioma.”
As we know, cannabinoids have shown potential in the treatment of various forms of cancer, including evidence that they may inhibit tumor growth. Cannabidiol (CBD) has been highlighted as a potential source of phytocannabinoid cancer treatment, largely due to the compound’s lack of psychoactivity.

With that said, the mechanism of action that cannabidiol (CBD) influences is not very well understood. A study published last week in PLOS ONE offers some insight into what may be happening.
Cannabidiol (CBD) May Treat Glioma Through Multiple Pathways
A team of researchers from Italy and Canada previously determined that cannabidiol (CBD) effectively limits human glioma cell growth. Nonetheless, their findings left more to be explained. “Studies exploring the putative anti-invasive properties of CBD in glioma cells are still limited and the molecular mechanisms underlying its effect are poorly understood,” they wrote.
In turn, the same research team conducted a cell-culture study to characterize how cannabidiol (CBD) is able to inhibit the growth of two different glioma cell lines (U87-MG & T98G). Additionally, they investigated the compound’s influence on a number of proteins tied to the spreading of tumors.

The investigators used cannabidiol (CBD), which was provided by GW Pharmaceuticals, to treat glioma cells in vitro. According to their results, CBD was able to significantly decrease the invasiveness of each cell model. They also found that cannabidiol (CBD) may induce cancerous cell death, depending on its dosage concentration. Furthermore, the researchers determined that cannabidiol (CBD) caused a decreased expression of various proteins involved in the spread of glioma. Yet again, this result was dependent on the dosage administered. CBD seemed to down-regulate pro-survival signaling pathways in each of the glioma cell models as well.

In conclusion of the study, the research team noted that their results “provide new insights into the anti-tumor action of CBD.” Their report went on to say, “this cannabinoid affects multiple tumoral features and molecular pathways.”
Of course, more research will be necessary to facilitate whether cannabidiol (CBD) is a viable treatment for glioma. GW Pharmaceuticals recently commenced clinical trials for the cannabis-based drug Sativex to determine it’s ability to treat Recurrent Glioblastoma Multiforme (GBM) – a particularly aggressive type of brain cancer. It is the first study on cannabis-based cancer treatment with humans.