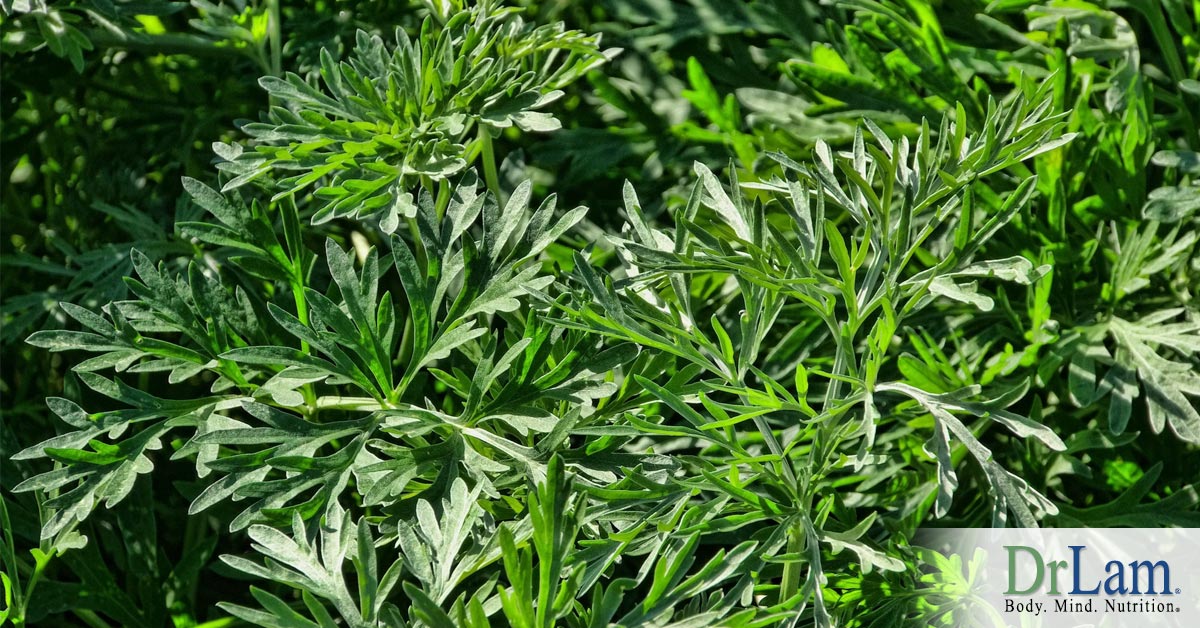 What is Artemisinin? Report #9

Artemisia is a revolutionary herb that is the source for many new medications such as artemisinin. The derivatives of this herb are so important that the World Health Organization and many other medical agencies recommend that approximately 400 millions yearly malaria victims should receive this as part of their malaria treatment.

This means a Chinese herb is the first line treatment for a massive medical illness. This information is stunning and historic. Allopathic physicians do not prescribe herbs, and the FDA dos not even allow physicians to prescribe herbs and make specific health claims for any of them.

While I never recommend that my patients treat their cancer by themselves, there is now an herb I can recommend wholeheartedly that’s safe and can be used at home and in conjunction with doctor-administered therapies. This isn’t just a supplement to help build your immune system. This herb aggressively fights cancer.

Artemesia is a simple plant that grows in Southeast Asia. I’ve used it for years to treat intestinal parasites. The World Health Organization lauds it as a safe malaria treatment. I discovered the cancer connection when Drs. Henry Lai and Narenda Singh, bio-engineering professors at the University of Washington, reported on the active agent of this Asian herb (artemisinin). Their report said the herb “might provide a safe, non-toxic, and inexpensive alternative for cancer patients.” What I didn’t realize was that artemesia is a close cousin to oxygen therapy. Chinese researchers said the key to its effects was a peroxide linkage (two oxygen atoms hooked together) within the herb’s active molecule.

Then, one year ago, an article appeared in a major cancer journal demonstrating significant artemisinin anticancer activity in a wide variety of laboratory cultured cancer cells. But astonishingly, cancer’s resistance to common chemotherapy drugs shows no such resistance to artemisinin. It does not have the chemical structure a cancer cell requires to develop resistance! (This was reported recently in the International Journal of Oncology 18; 767-773, 2001 by Efferth, et al.)

Dr. Hoang recommends treatment for two years. Cancer could be like the malaria parasite. If just one cell remains, it can find its way back. Thus, as in malaria, although the parasite is cleared in a few days, prolonged treatment best prevents relapse. And the beauty of this treatment is that it is non-toxic, so you can continue taking it indefinitely with no expected sided effects.

Dr. Hoang reports that 500 mg twice daily of oral artemisinin by itself is the dosage he has been using with great success.

The product is best taken on an empty stomach with some natural fat to enhance absorption. Any iron present from residual food may neutralize the peroxides. Milk is one of the few foods with minimal iron. Whole milk, cottage cheese or yogurt have ample fat to enhance absorption. Additionally, I believe simultaneous administration of cod liver oil (for its omega-3 and vitamin D) and conjugated linoleic acid (CLA) will assist absorption, while providing therapeutic benefits. To date, with the exception of patients very near death, taking artemisinin or derivatives have stabilized, improved, or remitted every cancer patient I have followed.

Artemisinin passes the blood/brain barrier, according to Dr. Henry Lai, and is selective to cancer cells. It has very low toxicity, none at therapeutic doses.

Artemisinin is an anti-parasitic and anti-angiogenic. It is essentially a method of delivering hydrogen peroxide (Gammill, 11/29/04).

At http://www.altcancer.com/docs/artemisinin.pdf Dr. Lai and Dr. Singh, senior research scientists at the Department of Bioengineering, University of Washington, explain how artemisinin functions as an anti-cancer agent.

In another study, researcher Dr Lai noted even more amazing results involving leukemia cells. He mentioned that the cancer cells were destroyed very quickly within a few hours when exposed to holotransferrin (which binds with transferring receptors to transport iron into cells) and dihydroartemisinin (a more water-soluble form of artemisinin). He further explained that it might be because of the high concentration of iron in the leukemia cells.
(H.Lai and NP Singh, Selective Cancer Cell Cytoxicity from Exposure in Dihydroartemisinin and Holotransferrin, Cancer Letters, 91:41-46, 1995)

This amazing herb was also examined for its activity against 55 cancer cell lines (Developmental Therapeutics program of the National Cancer Institute, USA). It was found to be the most active against leukemia and colon cancer and active against melanomas, breast cancer, prostate cancer, CNS and renal cancer. It was also reported that artemisinin’s effectiveness was comparable with other standard drugs used to combat cancer (without any toxic side effects).
(Efferth et al, Anti-Malaria Drug is Also active against cancer, Int’l Journal of Oncology, 18;767-773,2001.)

One cannot help but wonder, after such remarkable results at the National Cancer Inst., why are most medical doctors completely unaware of artemisinin’s anti-cancer capabilities?

According to Dr. Rowen, M.D., “artemisinin may be a most effective method, and certainly one of the easiest, of delivering a knockout oxidative stress to cancer cells.” Also, “Dr. Singh, in a personal communication to me, has shared that he has been following a series of cancer patients with nearly universal improvement on artemisinin or its derivatives. He believes artemisinin will prove to be the most powerful, yet extremely inexpensive and safe, chemotherapeutic agent yet found, and effective orally for home use.”

For a number of clinical case reports, please read http://www.townsendletter.com/Dec2002/artemisinin1202.htm. Particularly remarkable is the following information from Dr. Rowen:
Brain Tumors
One young boy in New York who was confined to bed and unable to walk with a glioblastoma was able to get up and attend a sporting event within 10 days of taking artemether. A patient from Denmark, who had lost his hearing due to a brain tumor, regained it after a regimen of artemether. Another young boy has been doing well without surgery and radiation.

Various Oral Dosages Used
The exact best dosage schedule has yet to be determined. Physicians report mostly using artemisinin derivatives in the amount of 1 to 2 mgs per kilogram of body weight, once or twice a day. A kilogram is 2.2 lbs. Using the doctor suggested formula of 1 mg/kg of body weight, a 160 lb. person would weigh 72.7 kgs and might be prescribed 70 mg of artemisinin derivatives.

Some people have used higher dosages to obtain their results. The woman with a stage-IV breast cancer who was back to work in four months, used 3 to 4 mg/kg of body weight as her daily dosage for a short time. The woman in Africa with the tongue tumor also used a higher amount for a week. Higher dosages may be neurotoxic after long-term use or may cause heart problems (read toxicity info below).

On an Empty Stomach
The research professors and the physicians are all in agreement that these derivatives need to be taken on an empty stomach away from food, so that it will not interact with the iron in the food. In the evening this would mean at least two or more hours after the last meal.

Dr. Singh has suggested taking it with a glass of milk .

From http://www.northeastherbal.org/articles/articleartemisinin.htm comes the following information:

Artemisinin should not be combined with radiation therapy because radiation treatments release iron stored in cancer cells to surrounding tissue. For best results, patients are encouraged to wait until at least two months after their last radiation treatment before beginning artemisinin.

I (the author of this report) contacted Dr. Henry Lai, one of the two senior research scientists at the University of Washington who are the pioneers of artemisinin research. According to Dr. Lai, “Quite a lot of new information on the use of artemisinin for cancer treatment has come up in the last several years. There are approximately 30 publications … There are many people taking artemisinin for cancer treatment … many of the patients reported improvement. ”

In an article on the use of Artemisinin for cancer, a researcher at the Brewer Science Library cites it as being highly effective for breast cancer, lymphoma, and particularly leukemia.

“More aggressive cancers such as pancreatic and acute leukemia … respond even better. Slower cancers, such as nonaggressive prostate cancers, do not respond as well. It is effective with sarcoma, melanoma, larynx, ovarian, prostate (but PSA doesn’t drop), brain (including neuroblastoma and GBM), renal, metastatic breast cancer, and drug-resistant cancers. Artemisinin is effective against a wide variety of cancers as shown in a series of successful experiments. The most effective is leukemia and colon cancer. Intermediate activities were also shown against melanoma, breast, ovarian, prostate, CNS and renal cancer. Although artemisinin is insoluble in water, it is able to cross the blood/brain barrier … , and may be particularly suitable for curing brain tumors together with Poly-MVA. In Vietnam it is used to arrest breast cancer. ”

Artemisinin is derived from the wormwood plant and has been used in China since ancient times to treat malaria. Earlier work by Henry Lai and Narendra Singh, both UW bioengineers, indicated that artemisinin alone could selectively kill cancer cells while leaving normal cells unharmed.

(The two researchers developed a more advanced form of the substance.)

The new compound appears to vastly improve that deadly selectivity (of artemisinin), according to a new study that appeared in a recent issue of the journal Life Sciences. In addition to Lai and Singh, co-authors include Tomikazu Sasaki and Archna Messay, both UW chemists.

The trick to the compound’s effectiveness, according to Lai, appears to be in taking advantage of how cancer cells function.

Because they multiply so rapidly, most cancer cells need more iron than normal cells to replicate DNA. To facilitate that, cancer cells have inlets on their surface, known as transferrin receptors, in greater numbers than other cells. Those receptors allow quick transport into the cell of transferrin, an iron-carrying protein found in blood.

In creating the compound, researchers bound artemisinin to transferrin at the molecular level. The combination of the two ingredients appears to fool the cancer cell.

“We call it a Trojan horse because the cancer cell recognizes transferrin as a natural, harmless protein,” Lai said. “So the cell picks up the compound without knowing that a bomb – artemisinin – is hidden inside.”

Once inside the cell, the artemisinin reacts with the iron, spawning highly reactive chemicals called “free radicals.” The free radicals attack other molecules and the cell membrane, breaking it apart and killing the cell.

What does artemisinin mean to the cancer patient?

Artemisinin can be used by leukemia and brain cancer patients. It is also effective against many other forms of cancer. It doesn’t require intravenous application, it can be taken orally, by simply swallowing it. This makes it a very important and valuable anti-cancer agent, suitable for home treatment protocols. This is a very new compound against cancer, but already many people are using it, and the results are excellent.

Artemisinin is not a cure, and shouldn’t be used as a monotherapy. In should be combined with other, compatible drugs or supplements in a comprehensive protocol. 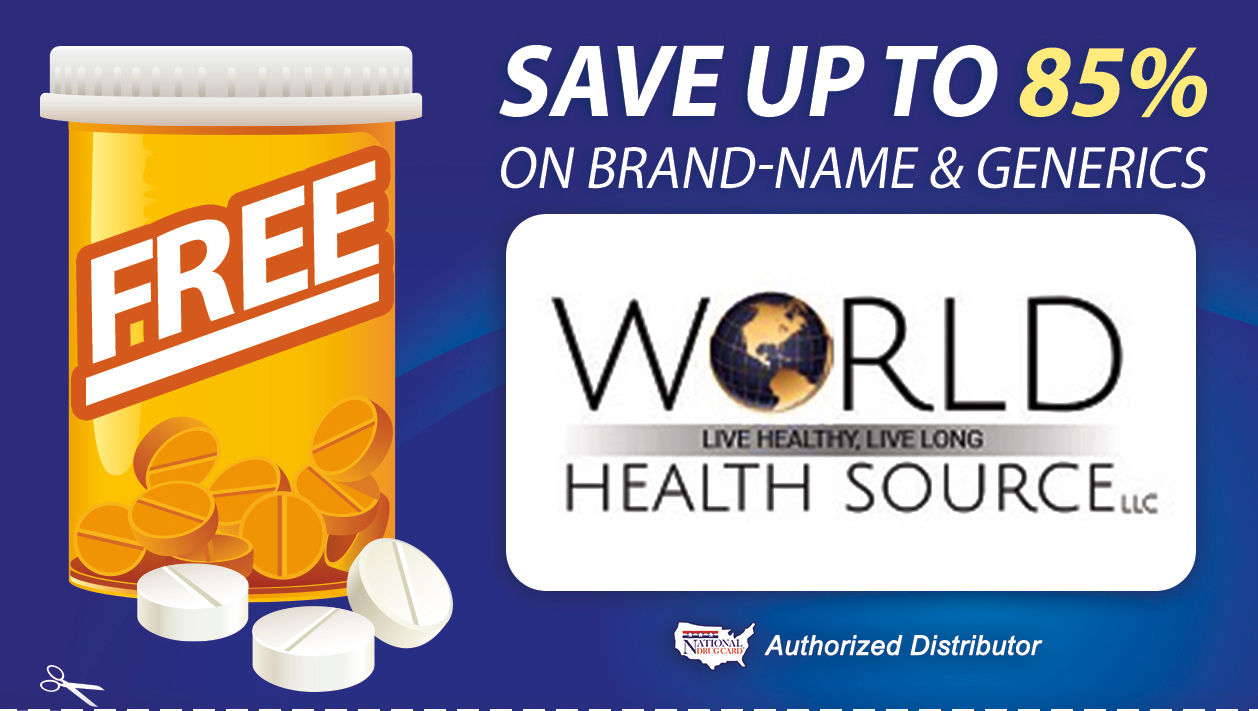